Tis done, and to celebrate ...

Yes, as promised, HIDDEN TIGER RAGING MOUNTAIN is now a little ebook on Amazon. You can buy it here if you are in the UK, and here from the US. Go on, you know you want to.

And to celebrate, I'm going to post some more pictures from Nepal, and tell you a little about the stories that go with them. 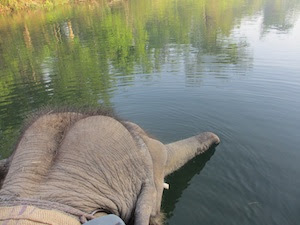 I couldn't resist an elephant ride - well, you wouldn't expect me to. I was in Bardia, a remote National Park in the south-west of Nepal, and we were wandering through the jungle in a gentle, lilting way when the elephant turned sharp right and walked into the river. The mahout was totally unconcerned - this was evidently planned. And we waited for a while until the elephant had stopped drinking before plodding on out way. I had wondered if she was going to take the opportunity to wash her back and give us all a soaking, but not this time! 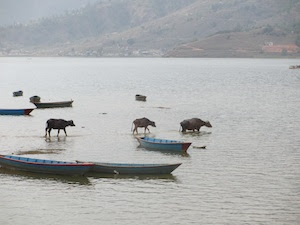 Long before making it to Bardia, I spent a few days pottering about the shores of Fewa Lake, taking a boat trip across to the little temple, sitting in cafes, and generally taking in the sights and smells of Lakeside. The streets behind me are chaotic, but somehow the water buffalo and little boats in the water bring and air of stillness to the place. 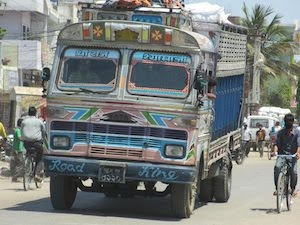 It might seem odd to include a picture of a Tata lorry in a blogpost about Nepal - but for those of you who have read HIDDEN TIGER and wonder how big the lorries are I encountered on That Trip down the mountain - well, this is what they looked like. They look even more precarious in the dark! 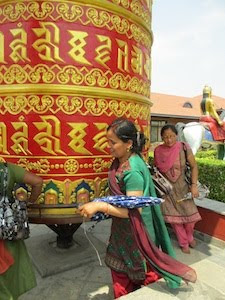 Having made it down the mountain, I went to Lumbini - the birthplace of Buddha. It is a huge site, with Buddhist temples built by communities from all over the world. When I was there I spent some of the time with a group of Nepali women on a day out - and together we turned this gigantic prayer wheel. I didn't realise that sacred rituals could be such fun! 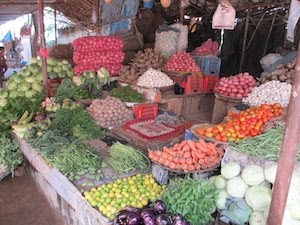 Finally, a market picture, because I just love markets. This particular market is in Nepalganj, close to the border with India. Markets in the mountains are far less well-supplied.

So - a few pictures to help bring my little book alive.

Where do you long to go back to?