It's over a week since Nepal was rocked to its foundations. That first flush of horror has passed. The journalists are beginning to pack their bags. It is no longer 'new'.

I will not claim that this disaster is worse than any other. Hurricanes, floods, earthquakes, landslides: they all leave people - real people like you and me - living in tents and begging for water. But I can talk about Nepal because it is a country I know and love.

A bit about the history - Nepal has never been invaded, because it has no resources that anyone else is interested in plundering. No oil. No gold no diamonds no uranium. (Or if it has, it is hidden so deep inside the mountains that no one knows). But this means no investment. Few foreign governments help impoverished countries unless there is something in it for them. In addition, the administration is still practising democracy after years of Maoist insurgency and the end of the monarchy so all organisations are a bit hit and miss.

On top of that they have welcomed refugees from Tibet and Kashmir - without making a performance of it. So there's no Farage-equivalent bleating about foreigners.

The lack of rural employment means that many men from the countryside have left to work in Kathmandu or the cities of north India or the Middle East, leaving the women to run small farms. Many villages are largely comprised of women, children and older people, all working their socks off to get by. They live in tiny cottages that cling to the mountainside: 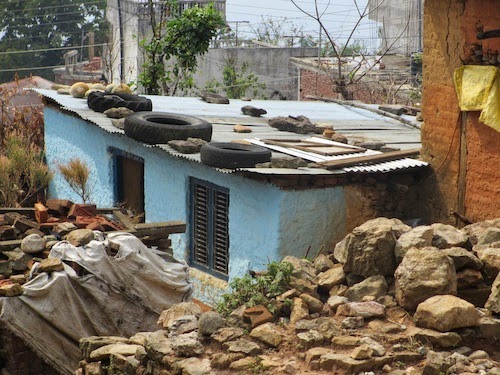 The only way to reach some of these villages is paths like this: 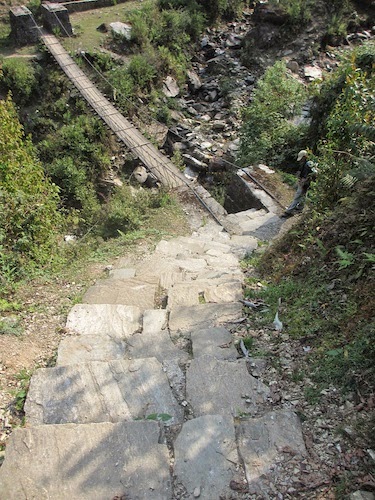 And some are so remote that it takes several days trekking to reach them.

Meanwhile, in Kathmandu, the young men are crowded in tiny, often insanitary, apartments. If there are regulations regarding construction they don't reach streets like this one: 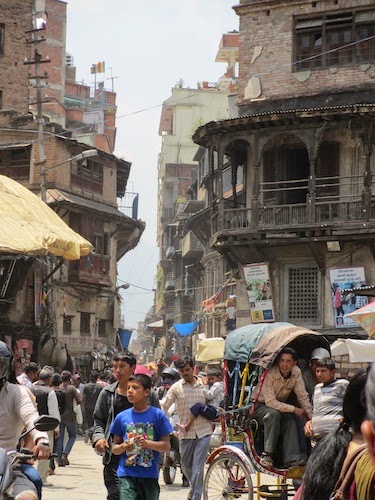 In the middle of all this Nepali chaos is the wonderful Durbur Square, with its temples and palaces and space for people to wander. It is Kathmandu's Trafalgar Square and Westminster Abbey and St Paul's and  Borough Market all rolled into one. There are small shops set into the walls: 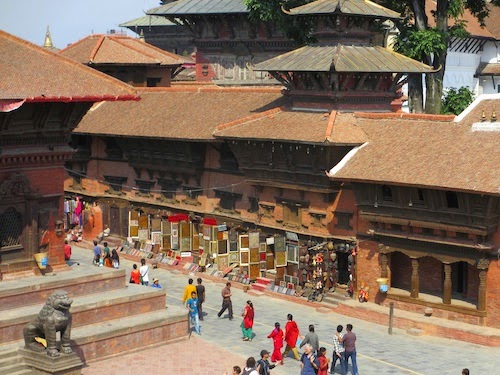 And magnificent temples where the faithful go to pray. 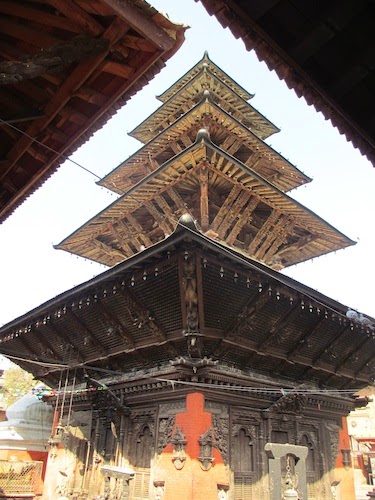 I cannot bear to use the past tense for all this. I know so much of it is rubble. That these brave, generous, impoverished people are still living in the streets, dependent on the generosity of you and I.

The men will rebuilt their homes and their temples. The women in the villages will till their misshapen fields. They will send their children to school.

While we can only sit back and feel helpless.
Posted by JO at 18:30