Triumph from Adversity? Or just bonkers?

You don't know Sam and Andy, so let me introduce you: 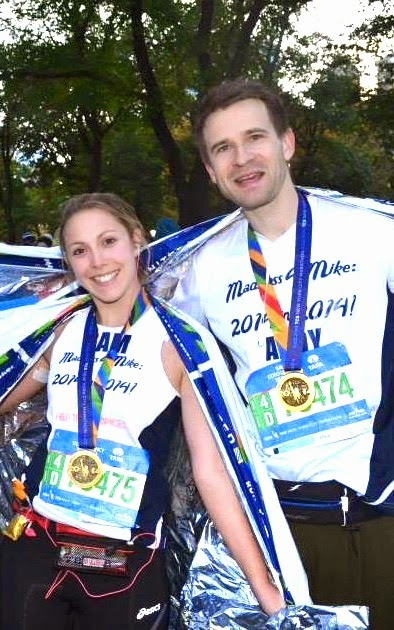 They look happy enough, don't they? And that logo on their t-shirts - hiding behind the medals - I can tell you that it reads 'Madness 4 Mike'.

Here's what Sam writes about the project: Since losing my Dad to Bowel Cancer on 28th March 2012, I've been thinking of ways to raise money for the charity that helped my Dad. I can see you like them already, turning a family tragedy into something positive.

And then one of them suggested they set out to complete (walking, running, but always in a recognised event) 2014Km in 2014. Do you have any idea how far that is? It's like running all the way from London to Reykjavik (that's assuming you can run on water - given what they've achieved I've sometimes wondered if they've done just that).

They've had to work, of course. Not easy-peasy jobs that give them time for training. They are both vets, so they spend much of their time with their hands in sundry animal orifices. They sit up with sick creatures and will them to keep breathing. They rejoice in the pooch that trots away with her well-being restored; they comfort grieving owners. Not work for the faint-hearted.

But, once they'd started this project, nothing would stop them. And friends and family joined in. Anyone with legs and energy was welcome to contribute. Andy's mother trekked across Vietnam for them. Even my grandson ran 5Km (and had green paint thrown at him), his mother puffing alongside him, as a contribution.

Between them and their supporters they finished a total of 43 events - and Sam and Andy did most of them. The total distance: 3279Km. So far they have raised over £14,300.

So next time you're weeping into your pillow and everything feels like the end of the world, it's worth remembering what can be done. It's your party and you cry if you want to. But maybe, when you've dried your tears, you can transform that energy into something worthwhile. Though you don't have to do something quite as bonkers as this.

If you want to know more, have a look at their website here.

And, in the hope it doesn't put you off, here's what they looked like at the end of the New York Marathon: 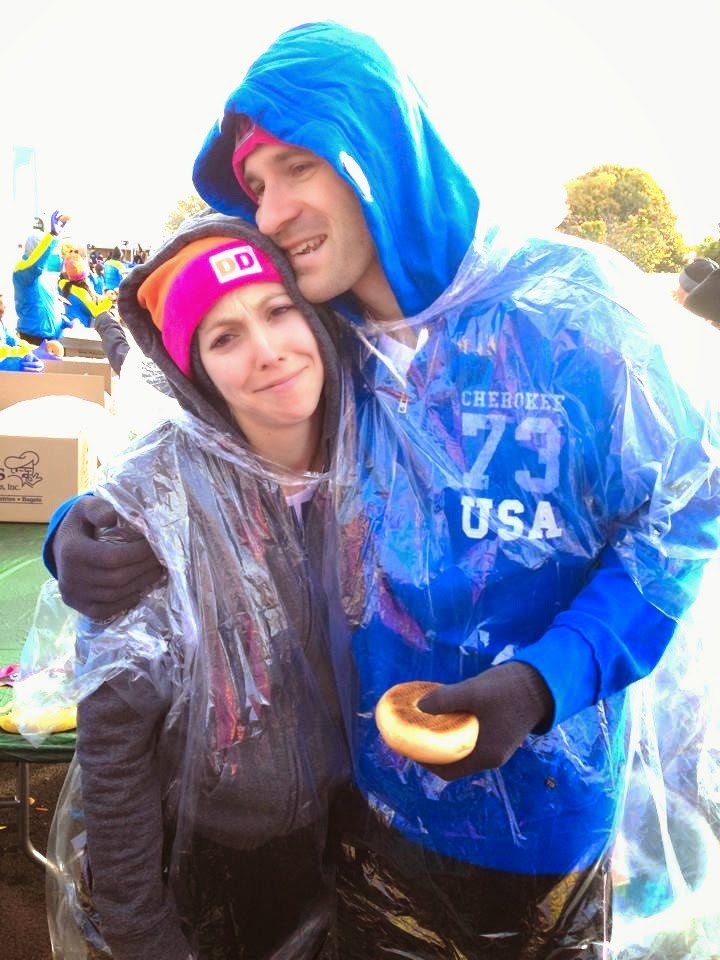